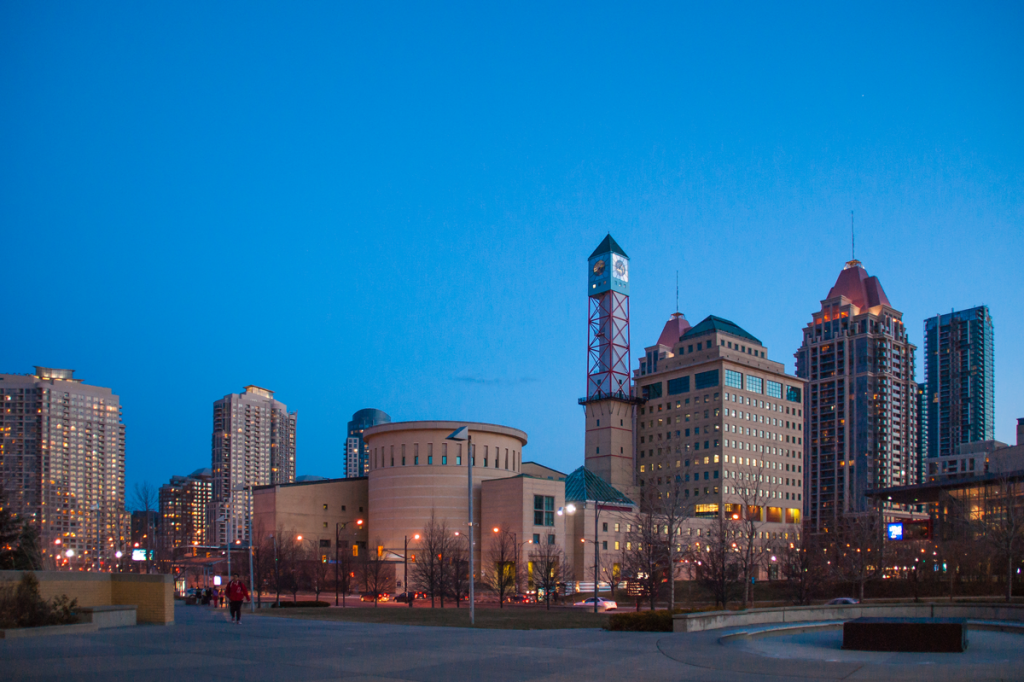 Mississauga is quickly becoming one of the hottest places to move to in Canada.

Already the 6th largest municipality in the country, the once-quiet town is now a bustling metropolis in its own right

There are plenty of reasons for the cities growing popularity as a place to live. Here are just a few of the top ones!

Compared to its bustling and dense neighbor to the East, Mississauga is much more sedate city!

The city has a mix of suburban and urban areas, but even downtown Mississauga is generally relaxed.

Crime rates in Mississauga are generally low, and residents consider it a safe place to live.

Coupled with the lower density, Mississauga has numerous parks and trails that also give the city a greener, cleaner vibe.

Mississauga is often considered a “best of both worlds” kind of city, and with good reason!

Since downtown Toronto is only a 25 minute drive away, residents of Mississauga get to live in a more relaxed neighborhood, yet enjoy virtually all of the benefits that Toronto has to offer.

This is also true for startups and business, which is why many of them choose to base themselves in Mississauga.

With good Highway & GO Train connectivity, commuting back and forth between the two cities is quite comfortable for most employees.

And of course, being close to Toronto Pearson International Airport also has its benefits, though of course that depends on how much you travel by air.

When it comes to shopping and lifestyle, residents of Mississauga don’t have to look any further than their own Square One Mall – the largest mall in Ontario, and 2nd largest in Canada.

Featuring over 300 stores and the biggest names in shopping, Mississaugan’s are spoiled for choice!

Aside for Square One, the city has a diverse food scene with numerous bars, restos and cafes in the Port Credit area.

One thing that has always been a sore point for people living in Mississauga: underwhelming public transit within the city.

Few people would consider the city pedestrian- or biker-friendly, but thankfully that is changing.

The new Hurontario LRT will be adding a new way to get around the city, and in conjunction with the MiWay buses, getting around in Mississauga should get much easier without a car.

Finally, a big reason many people choose to move to Mississauga is the comparatively more-affordable housing.

Although prices are definitely higher than they were a few years ago, both ownership and rental options in the city offer better value than Toronto.

Condos in particular are appealing to middle-income and first-time home buyers, and Mississauga has numerous projects currently in development.

Mississauga has so much to offer, and it’s no wonder that so many people seriously consider moving there.

If you’re one of them, and are looking to buy a new condo in Mississauga,  check out these pre-construction condos listed our site. Or just give us a call, and we’ll help you find the perfect match for your requirements, and the best deal on your investment.